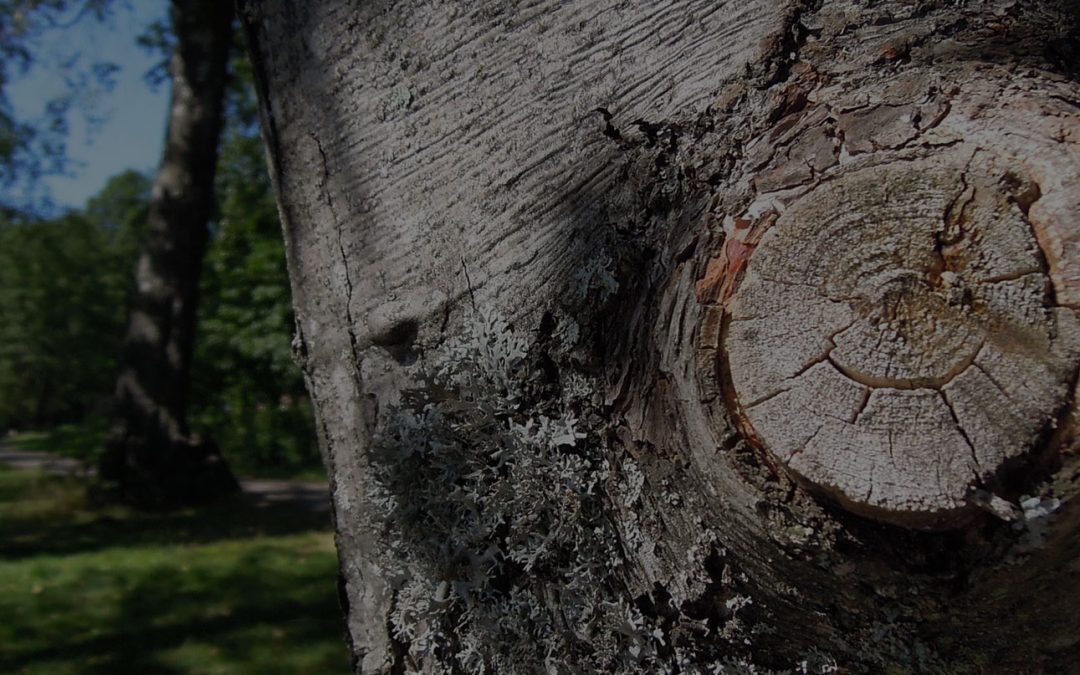 There was an Arlington tree removal where we removed two red oaks and a white oak from a backyard. The trees were in a condition that prevented us from doing manual rigging, so we had to use a 120 ton crane. We set it up in the client’s driveway and lifted the trees in pieces over the top of the house, to be processed in the front yard.

One tree in particular had hypoxylin canker. When we see that disease present, we have to take special precautions for the safety of the surrounding property and (of course) the workers who are going to be under and around the tree. That’s why we called in the crane, and since it was there for that one tree, it made sense to use it to remove the rest of the trees as well. A crane is a time-saving machine, because it can lift thousands and thousands of pounds, sometimes as much as four or five tons at a time, depending on the angle of the boom and the distance that the items are to be lifted.

We make a cut in a certain position, and then we can move large pieces of the tree in one “pick”, as we call it. The crane is an expensive piece of equipment, so it is an added expense to a job, but the payoff is in the time saved and more importantly in the safety to all concerned. We have sometimes utilized cranes for their safety, and sometimes for value and expediency. In this particular instance, we called the crane in for safety reasons.