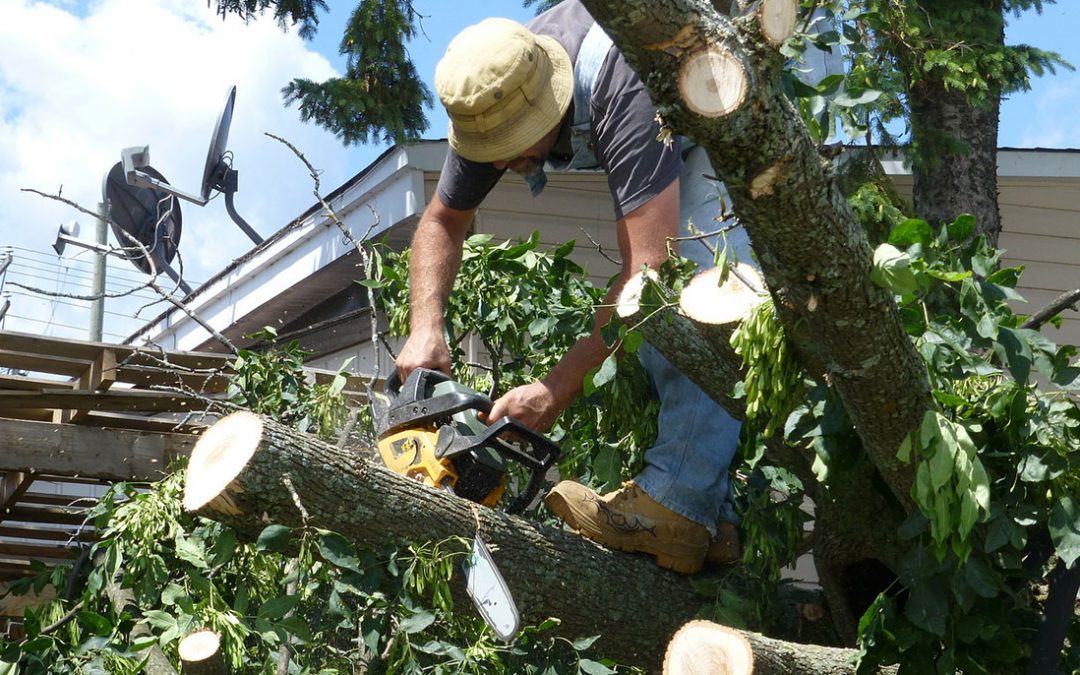 If a tree has been cut in mid-span of a limb or a leader, then there will be a lot of epicormic growth in the vicinity of that cut. An epicormic growth is a limb that grows out of an unnatural place on the tree, such as a place where a bad cut was made. If a tree is broken or unnaturally affected, it will likely experience epicormic growth. Badly performed cuts will not heal. The decaying process continues as new branches grow from that same point. So we find lots of very poorly connected limbs that need to be removed yet again. As their weight increases, the likelihood that these limbs will fall off the trees increases significantly. Branches should originate from natural nodes on the branches, and not from stem wood.

We were recently called to a home in Arlington where the homeowner had been sitting on his deck on a nice, bright sunny day just a half hour before. A huge limb fell from a tree because it was poorly attached to the tree. It was growing at a very steep angle and had included bark. The wood that fell onto his deck, roof, and lawn had a combined weight that exceeded 12,000 pounds! It fell from a height of over 45 feet. If he had remained sitting there another half hour, he would surely have been killed instantly. He would not have even known it was happening. The limb just released and fell like a stone.

This event happened because of something else that happened early in the tree’s life, probably more than 40 years previously. The tree had broken at that point, then it re-grew, but it grew two stems instead of one. As those stems grew together, it did so with inherent weakness in that part of the tree. Had an arborist inspected the tree, that would have been the first thing he would have noticed. Unfortunately, the tree had never been examined by a professional arborist.

It was an otherwise healthy looking tree. It did not have dead branches on it, but the weakness was there, and the house all along was the target. Tree risk assessors pay close attention to potential targets when assessing risks associated with any particular tree. They ask themselves, “What would the tree strike if its structure failed?” In this case, obviously, the house and the deck were the targets. That would usually be a very high priority in the risk assessment. Had this tree been given a risk assessment, it would have failed the inspection. A recommendation would have been made to remove the tree because of the inherent weakness in it. The disaster could have been avoided.

Fortunately, in this case, no one was injured or killed, but of course there was significant property damage nonetheless. The tree had to be removed after the massive failure, and of course the house was devastated.